The history of oil and gas in Lebanon dates back to 1926 when the French High Commissioner, Henry de Jouvenel issued a decision to explore the prospects of discovering oil and minerals. This mission was assigned to Louis Dubertret.

Louis Dubertret was born in Switzerland in 1904 in the small town of Baden. As a young boy, he often hiked across the Swiss Alps with his friends in a youth group, the Wandervogel. He always said that he owed many of his virtues as a geologist to this experience. In 1927 Louis applied to perform his military service outside of France and was able to leave with a unit of the geographic service of the army for Syria, a country then under French mandate. Thus, he traveled, as a muleteer, to the region south of Damascus, south of Anti-Lebanon and other regions.

Fascinated by the country and the geologic problems he glimpsed, Louis, after being demobilized in the field in 1928, was assigned a mission with the High-Commissariat of Beirut. He was first sent, alone on horseback, along the Euphrates to find a favorable spot for a future dam. A bit later, the governor of Djebel Druze conferred on him the job of exploring the volcanoes of Djebel Druze. Many of these regions had never been visited by scholars and were not safe following the Druze revolt. Louis published a study of his work in 1929. With two colleagues, Henri Vautrin and Alexander Keller. Louis spent the two summers of 1930 and 1931 ploughing through the desert in a small French convertible, without maps and without trails. A report on paleontological studies was published in the first volumes of the Notes and Memoirs of the Geological Service of the High-Commissariat Henry de Jouvenel.

His career was essentially dedicated to the geology of the Middle East and specifically that of Syria and Lebanon, but his work included Turkey and the Arabian Peninsula. He lived in Beirut from 1926 until 1956, when he returned to Paris to the National Center for Scientific Research where he assumed the post of a scientific director (1959). Louis excelled in the field studies and the geologic mapping. He was responsible, along with his students, for geologically mapping Lebanon and Syria at a scale of 1 /1,000,000, 1 / 200,000, 1/50,000, and 1/20,000 and mapped Turkey at 1/500,000.

Louis contributed to stratigraphic studies in Lebanon between 1963 and 1975, formulating a stratigraphic lexicon familiar to many till this date. At the same time he was author, editor, and publisher of the Notes and Memoirs of the Haut Commissariat of Lebanon and Syria, a publication covering the Middle East since 1933. 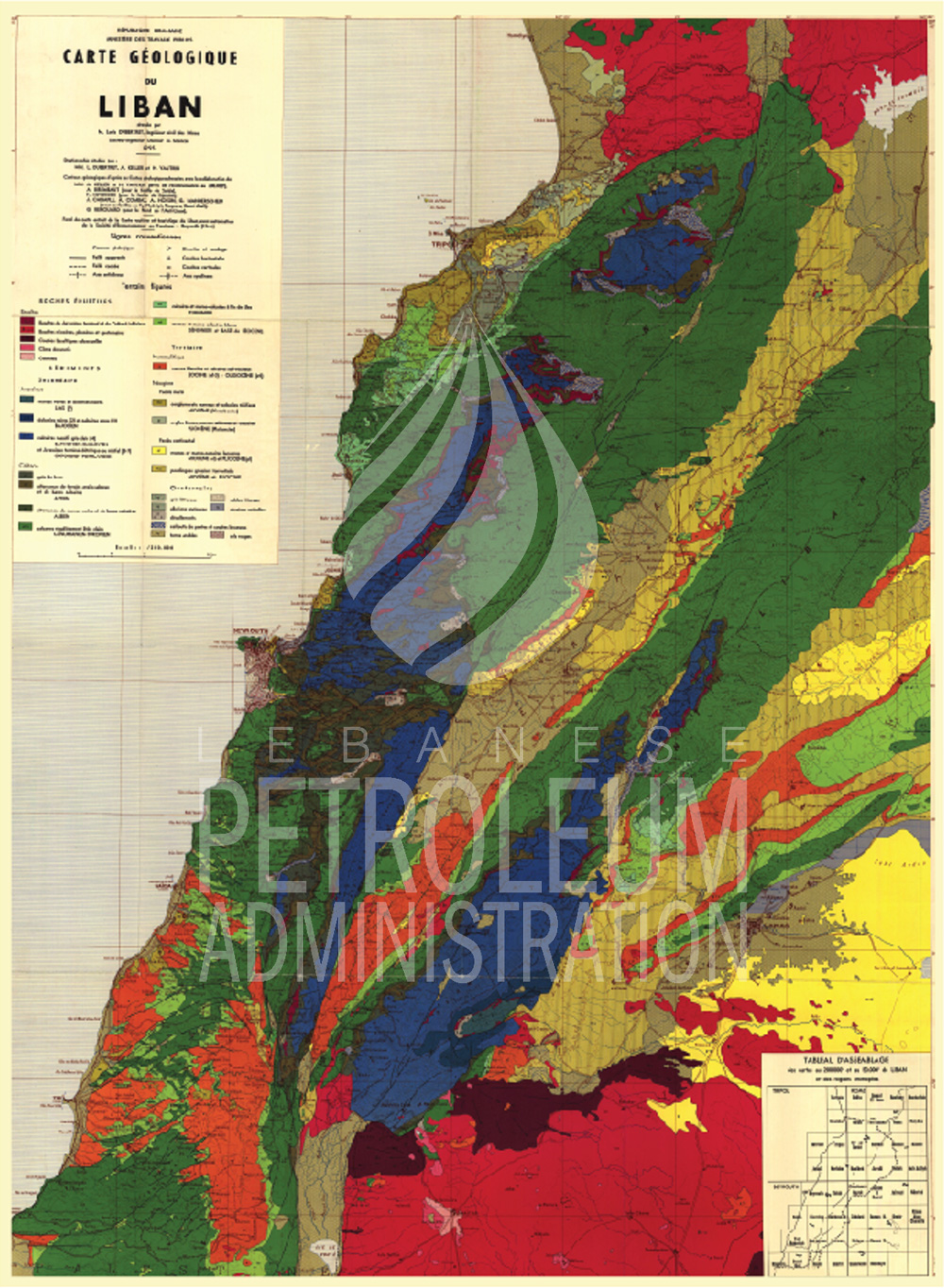