The study was completed in October 2011. The objective was to assess the hydrocarbon prospectivity offshore Lebanon by interpreting and integrating 2D seismic profiles acquired and processed by Spectrum (2000 and 2002) and Petroleum Geo-Services (2008) covering 4750 km and 5000 km respectively. 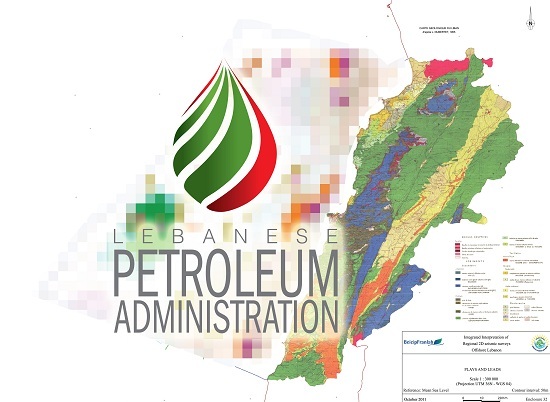