The objective of the study was to assess the hydrocarbon prospectivity offshore southern Lebanon. A major improvement achieved from this study was the possibility to delineate several typical Mesozoic rimmed carbonate platforms.

The most important improvement for future exploration concerns the imaging of the faulted and folded structures linked to a strike slip fault system along the continental margin. Several elongated anticlines with closures can be delineated which deform the stratigraphic layers. This allowed for the definition of 14 prospects and six plays of regional interest which is a positive element for exploration. 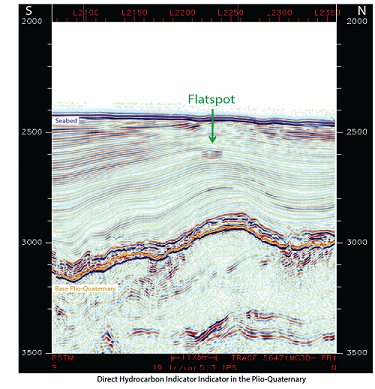 The modeling of the petroleum systems in offshore Lebanon realized in 2011 reinforces the potential resources of the prospects defined on the 3D southern survey area with good probability of gas presence. Potential direct hydrocarbon indicators (DHI) and flat spots are observed.