The results of the quantitative and qualitative analysis for the Oligo-Miocene faults in the Levant Basin offshore Lebanon show a strong correlation between the evolution of these faults and lithological properties of the host rock sequences.

It was shown that units with coarser sediments are affecting the geometry and distribution of the normal faults throughout the basin. By mapping the fault distribution and analyzing their displacement evolution, it was possible to map discrete units in the basin that are thought to affect their growth. These units are believed to be sand with good reservoir properties. 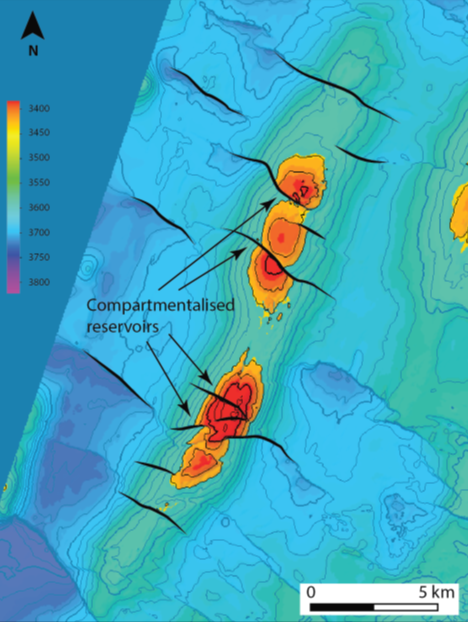