Based on the recommendation of the Lebanese Petroleum Administration, the Minister of Energy and Water Cesar Abi Khalil declared on the 26th of January 2017 that blocks 1, 4, 8, 9 and 10 are open for bidding during the first offshore licensing round in Lebanon. The LPA had already prepared a study driven by the following objectives that the Lebanese Government aims to achieve during the first licensing round:

A set of different alternatives that satisfy the above objectives were studied and evaluated based on the following criteria leading to the selection of the open blocks, namely: 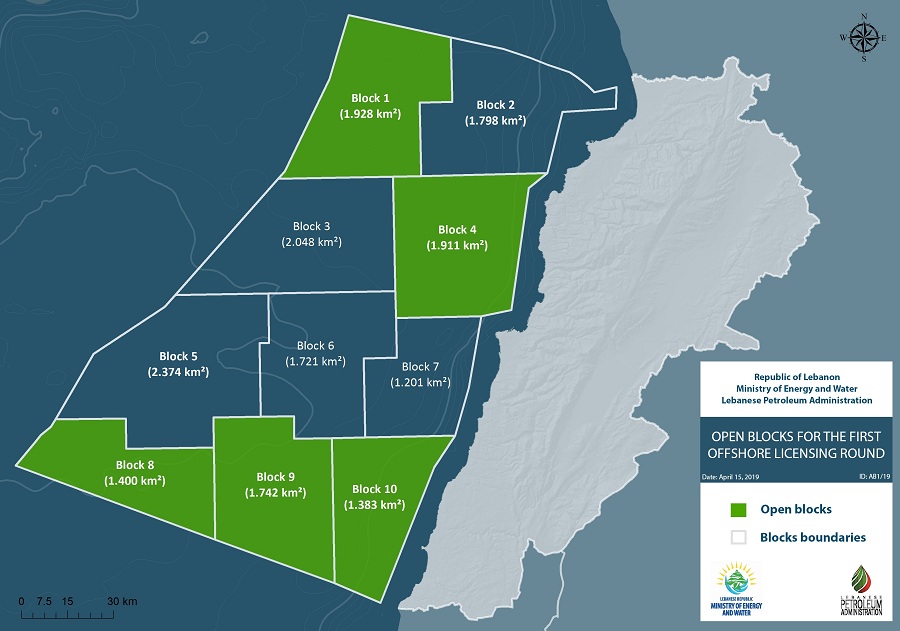